45Q Carbon Sequestration Tax Credit: What It Is & How To Get It 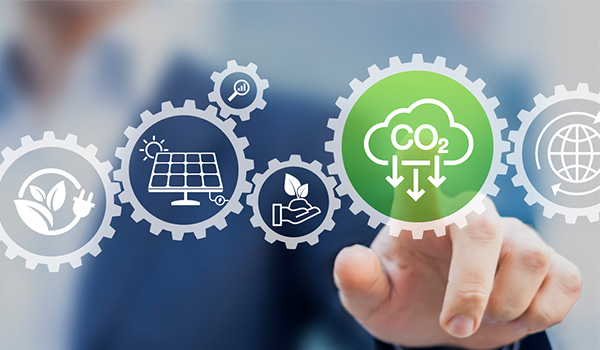 The Carbon Sequestration Tax Credit (commonly referred to as the 45Q Tax Credit) was first added to the tax code in 2008, with subsequent expansions and clarifications in 2018 and 2021. This article will walk you through the basics of what the 45Q tax credit is and how to know if you are eligible to receive it.

What is carbon sequestration?

Background History of the 45Q Credit

The 45Q tax credit was initially added to the tax code as a part of the Energy Improvement and Extension Act of 2008. This Act was focused on encouraging clean, efficient, and responsible use of coal to reduce greenhouse gas emissions on a broad scale. The initial version of 45Q offered a set credit per metric ton of CO2. The amount of the credit was scaled every year to account for inflation and varied depending on whether the sequestered CO2 was stored permanently or stored and used as a tertiary injectant. There was a cap on the original credit, after 75 million metric tons of CO2 claimed cumulatively by all qualified facilities the credit would no longer be available. Additionally, the credit was only available to facilities that captured at least 500,000 metric tons of CO2 during a taxable year and was only available to facilities engaged in geologic carbon sequestration.

In 2018, the 45Q tax credit was expanded and extended in the Bipartisan Budget Act. This Act would apply only to qualified facilities placed in service after its enactment. There were notable changes to 45Q within this act:

In 2021, the IRS released final regulations for claiming the 45Q tax credit, but these regulations did not result in any substantive changes to the law governing the credit. A summary of the tax credit is shown below:

Qualified facilities that did not meet the capture requirements under the 2008 45Q tax credit may make an election to claim the new credit for a 12-year period beginning with the date of enactment of the Bipartisan Budget Act of 2018.

There are a number of requirements for eligibility for the 45Q tax credit under the Bipartisan Budget Act of 2018. These requirements are listed below:

Things to Consider When Determining Eligibility After the Bipartisan Budget Act of 2018:

How much carbon oxide does my carbon capture equipment capture per taxable year? If I did not previously qualify, do I qualify now?

What is the placed-in-service date of my carbon capture equipment? Is it concurrent with or after the enactment date of the Bipartisan Budget Act of 2018?

Do I have any current construction plans that are not complete that can demonstrate the planned implementation/design of carbon capture equipment? Will this construction begin before January 1, 2026?

Am I in compliance with the EPA regulations regarding secure geological storage of carbon oxide?

Do I possess records that meet the current measurement standards and demonstrate the amount of captured carbon oxide from my facility?

If you have any questions or would like to further discuss your eligibility for the 45Q tax credit, please contact your BrownWinick Attorney, and check out our previous blog that hosts speaker videos from our New Carbon Economy Summit event that took place earlier this year.

Special thanks to Summer Associate Rebecca Coleman for her assistance with the writing and research of this blog.