What Changes are Coming to the Iowa Tax Landscape and When? 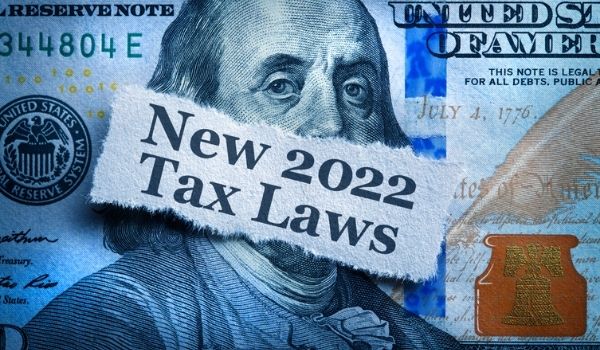 On March 1, 2022, Iowa Governor Kim Reynolds signed into law House File 2317 (HF 2317), reshaping parts of the State’s tax regime, some of which the Governor touted in her response to President Biden’s State of the Union address later that day. The Governor’s statement on the tax reform bill (the Bill) can be found here.

While most of the headlines address changes to the income tax rate reductions for individuals and potentially corporations, which are substantial, there are other new provisions relating to farmers, employee-owned businesses, and certain tax credit programs – the earliest any of these provisions become effective is next year on January 1, 2023.

The purpose here is to summarize key provisions that are likely to most affect you or your business. At a high level, the Bill accomplishes the following:

Exempt from Taxation Capital Gain of Individual Employee-Owners of Businesses. The Bill exempts from taxation capital gain earned through the sale or exchange of capital stock in a qualified corporation. This exemption is a one-time, irrevocable election available to employee-owners who own stock in such qualified corporation that was acquired on account of the taxpayer’s employment with the corporation – think employee stock ownership plans or ESOPS. A “qualified corporation” is generally defined as a corporation that has employed individuals in the state for at least 10 years, has had at least five shareholders for 10 years before the first sale or exchange of stock, and the shareholder group is sufficiently unrelated to each other, directly or indirectly. The change is phased in over three years beginning in 2023, fully excluding qualifying sales or exchanges in 2025. It is estimated that this exemption will reduce state revenue by about $5M to $10M annually.

Expanded Benefits for Retirement Income. The Bill also expands benefits on retirement income, which generally includes all types of qualified plan distributions. Beginning in 2023, there is no tax imposed on retirement income for individuals who are disabled, aged 55 or older, or are the surviving spouse of an individual who would have qualified for the exemption. Currently, this type of income is exempt up to a flat dollar amount of $6,000 for single filers and $12,000 for married filers.

Lease Income Exclusion for Farmers. For individual farmers at least 55 years of age, beginning next year, income earned on leasing farmland – whether cash rented or crop shared – can be elected to be excluded from taxation if the farmer meets certain material participation and ownership rules. This does not apply to similar income that passes through to an individual farmer from a partnership or S corporation. Note that if this income exclusion is elected, however, then any exclusion from taxation for capital gain generated from selling the land is not allowed (i.e., you must choose to utilize one of the exclusions, not both). The estimated fiscal impact of this exclusion is $5M to $7M per year.

Also related to retired farmers, the Bill expands the application of the capital gain exclusion when selling farmland and livestock by making it easier to satisfy the material participation and holding period requirements. Similar to the lease income exclusion, this is estimated reduce state revenue annually in the $5M to $7M range.

Changes in this area, most importantly the research activities tax credit (RAC), could be the most problematic. In particular, the Bill significantly revises Iowa’s Research Activities Credit – requiring the use of the alternative simplified method calculation if that method was used for Federal income tax purposes, disallowing certain costs to be considered qualified expenses, and reducing refundability by 10% annually beginning in tax year 2023, resulting in 50% refundability for tax year 2027 and beyond. Not only does the credit decrease, the computation and documentation to support the calculation will become more complex and burdensome. Wheels are already in motion at the Capitol to revise these new RAC provisions next year.

A couple of other notable changes include reducing the refundability of the tax credits relating to historic preservation and redevelopment, among others, and limiting the amount of the credit a single taxpayer may receive in the Endow Iowa program to $100,000 (currently, this limit was 5% of the total amount of credits authorized to be granted).

If you have any questions about navigating Iowa’s changing tax landscape, please contact Chris Nuss at (515) 242-2432 or Christopher.nuss@brownwinick.com or any other member of BrownWinick’s Tax Group. You can also submit a message through the Contact Us form. A special thank you to Jacob Schoeck, currently a law student at William & Mary who will be joining BrownWinick this fall.