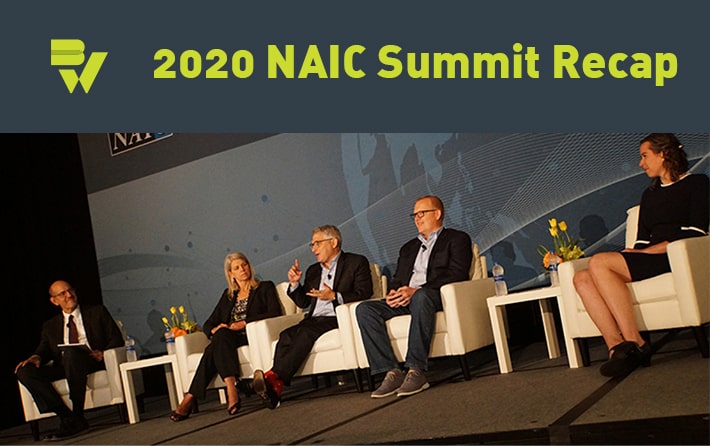 The National Association of Insurance Commissioners (NAIC) hosted their 2020 Virtual Insurance Summit in a new two-week format during September 8-10 & 15-17, 2020. The Insurance Summit is hosted by NAIC and the National Insurance Producer Registry (NIPR). This premier event brings together innovators and regulators to explore the future of insurance regulation.

The (NAIC) is the U.S. standard-setting and regulatory support organization created and governed by the chief insurance regulators from the 50 states, the District of Columbia and five U.S. territories. Through the NAIC, state insurance regulators establish standards and best practices, conduct peer review, and coordinate their regulatory oversight. NAIC staff supports these efforts and represents the collective views of state regulators domestically and internationally. NAIC members, together with the central resources of the NAIC, form the national system of state-based insurance regulation in the U.S.